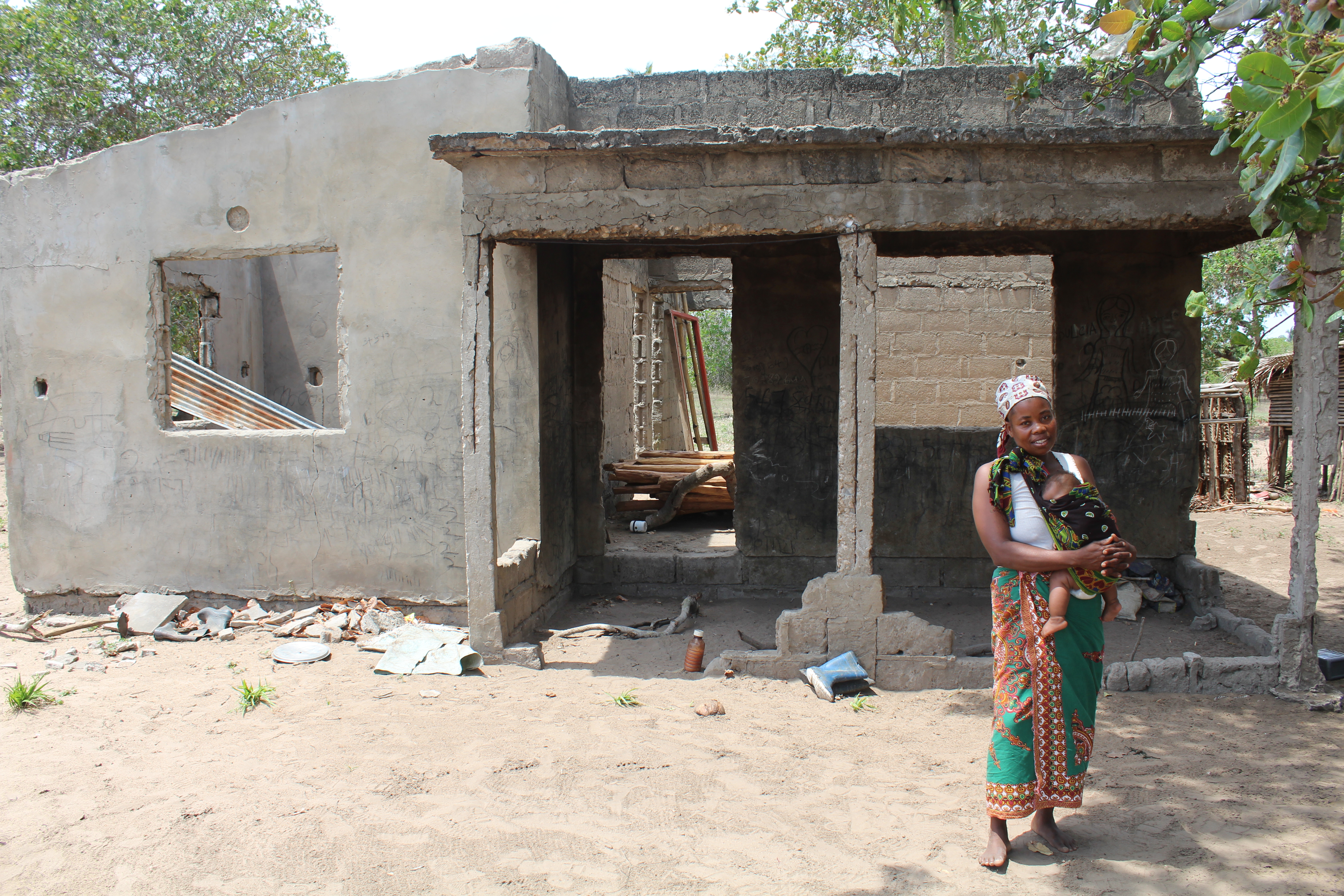 Saugineta is a single mother with three young children, she earns her living farming a small piece of land in Homoine district. When she heard her neighbor was able to build her new home with the savings she’d made as part of the community’s Village Savings and Loans (VSLA) group, Saugineta was inspired.

But there was one seemingly insurmountable problem: Saugineta lacked the 100 Meticais (USD 1.10) needed to make the initial payment. Her mother and her neighbour stepped in to give Saugineta the funds she needed. “They wanted me so much to participate in the activities so they supported me with the initial amount," explains Saugineta.

But after participating in several meetings of the VSLA, Saugineta was still unable to make the contributions required in order to retain her membership so she decided to do small paid work on her neighbour’s farm. "I was able to deposit a little money and over time it grew and I could deposit more money per week. By the end of nine months, after the contributions of all the group, it was my turn and I received 3600 Metacais (USD 52.2)”, says Saugineta. Under the constitution of Saugineta’s VSLA, which was written by the group, one member receives USD 52.2 every nine months.

Saugineta was so successful in her VSLA she was given the task of helping new groups in her community to set up their activities. With funding from the Embassy of Ireland’s Food and Nutrition Security Program (PROSAN),  CARE supported Saugineta in the development of seven groups, encouraging more women to be involved, and sharing her knowledge and experience with others.

Saugineta also established a small business selling produce she grows on her farm including cassava and cashew. She also bought three cows, as well as chickens and ducks to provide food for her family and to breed for sale.

"My income has increased rapidly and considerably, and I hope to continue this way. I invested heavily in the pulverization of my cashew trees to increase production and with the income from the sale I save a little more and send my children to school," explains Saugineta.

With the amount she has earned, Saugineta is now building a new home of her own, something she never thought possible four years ago.