"I know it is not safe for my health but I have no choice."

In the Aftermath of Cyclone Idai, Women and Girls Struggle to Cope with Menstruation

In the aftermath of Cyclone Idai, the Púnguè River in Mozambique overflowed, causing catastrophic flooding across Mutua, a village in the district of Dondo. This village became the site of a large displacement camp supported by CARE.

Three months later, more than 300 people, most of them women and girls, call the camp home. These families are struggling to rebuild their lives, and many are afraid to return to the villages where their houses were engulfed by water. 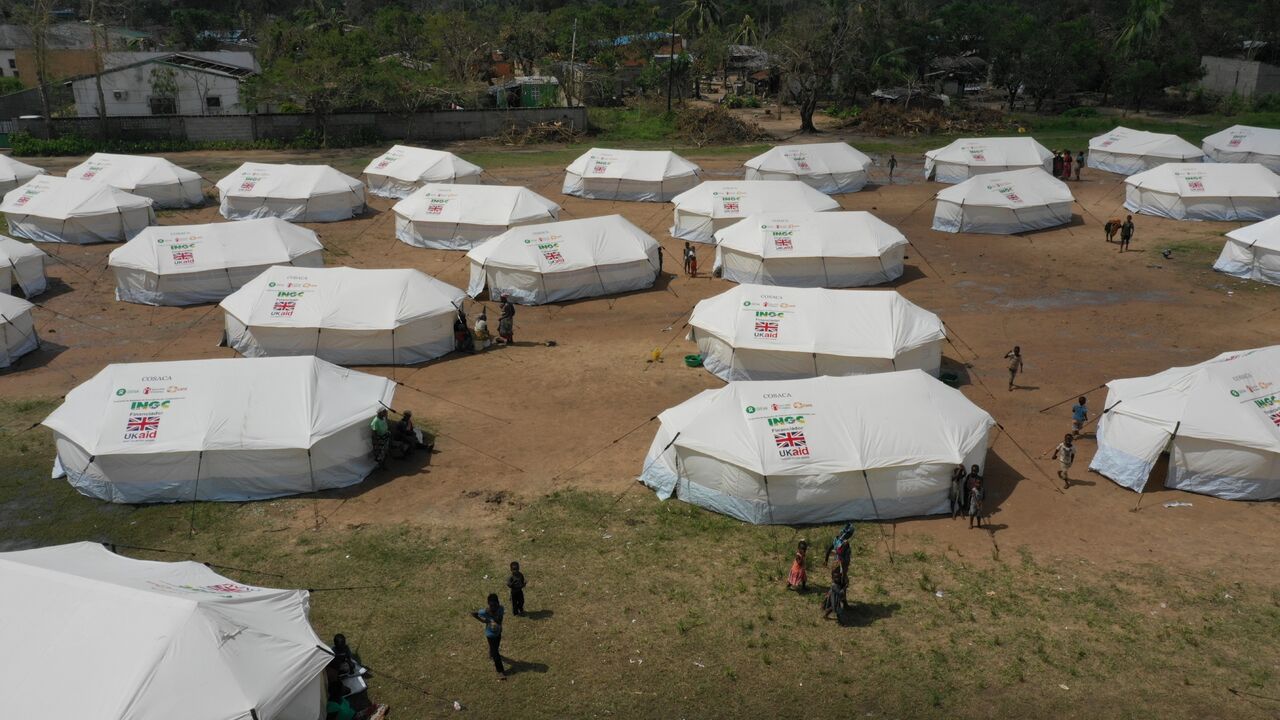 It is the first time in recorded history that two strong cyclones [Idai and Kenneth] hit Mozambique in the same season. More than 1.8 million people were affected across the country, and women and girls, being the most vulnerable in times of crisis, struggling more than ever to cope with these devastating storms.

Vitorina Joaquim, 32, a mother of three has been living in the camp since her village destroyed by flood waters over two months ago. "I was in the field when this strong storm and heavy rains started. It was moving the houses, trees and crops. I was worried about my children. When I arrived home, my house was flooded and all my belongings, including cooking utensils, were washed away. I went with my children to a school nearby home," explains Vitorina. "I am 32 years old but I had never seen such a huge amount of water. It was my first time to see a horrific thing like this. I will never forget that day," she added.

For women and girls, menstruation is a monthly reality, which becomes especially challenging in the aftermath of a crisis due to a lack of privacy, limited supplies of sanitary materials, and lack of access to sanitary facilities. After Cyclone Idai, women and girls like Vitorina were using reusable pads made with capulana, a traditional cloth wrap.

Vitorina Joaquim with her husband after receiving sanitary napkins

Vitorina tells us, "I used to cut my old clothes and pieces of capulana or cut some clothes that we received to manage my hygiene, as all my belongings were washed away by water. I know it is not safe for my health but I have no choice. I don't have money to buy proper materials. Here we don't have privacy and don't feel comfortable washing our underwear and putting them outside to dry. We are forced to hang our clothing up in the toilets. There are many who are using the same toilet, so we are afraid that we may get diseases." says Vitorina.

Women and girls feel self-discrimination during menstruation because they are not using sanitary napkins that are appropriate for proper hygiene.

"When using pieces of capulana or articles of clothing as pads, we feel uncomfortable. When we are sitting or walking, we hear people calling us to say our clothes are dirty or there is blood on it." says Susana Manuel, a 36-year-old woman who was sitting in front of one of a CARE tent. "I am afraid to face health risks as there less toilets for women, and during menstruation the hygiene in the toilets is bad."

In Mutua CARE has prioritised women and girls in their response by distributing hygiene kits equipped with materials and supplies to help manage the health and hygiene needs of the many displaced women living in the camp. These kits include basic hygiene items such as soap and water buckets, but also sanitary napkins specifically to address the challenges faced during menstruation. However, the needs of women here are immense, and sexual and reproductive health needs such as access to family planning services remain unmet.