After three years of drought, people in Cupo work twice as hard to make half as much.

Cupo - a small village close to Funhalouro, in the Southeast of Mozambique - no longer bears any resemblance to its long-established "fields of green" reputation. Crops have failed, and the residents do not have enough food to eat, or sell. Finding water is a daily struggle because the village wells, even the deeper ones, have run dry. People now have to endure a half-day's walk just to find drinking water.

After three years of drought, people in Cupo work twice as hard "to eke out half a living". But, for the first time in many years, it rained, and every resident rejoiced. Especially because this coincided with distributions of drought resistant seeds and tools by CARE, to help villagers cope with the extreme climatic changes. One such resident is 32-year-old Martha Chiruca:

"This year I will produce my most plentiful crop after three years without great rain. We hope it continues raining as we now have seeds to cultivate. With the tools (hoe and machete) received from CARE I will be able to work on my farm, cut trees and bushes and prepare the soil for planting," explains Martha. 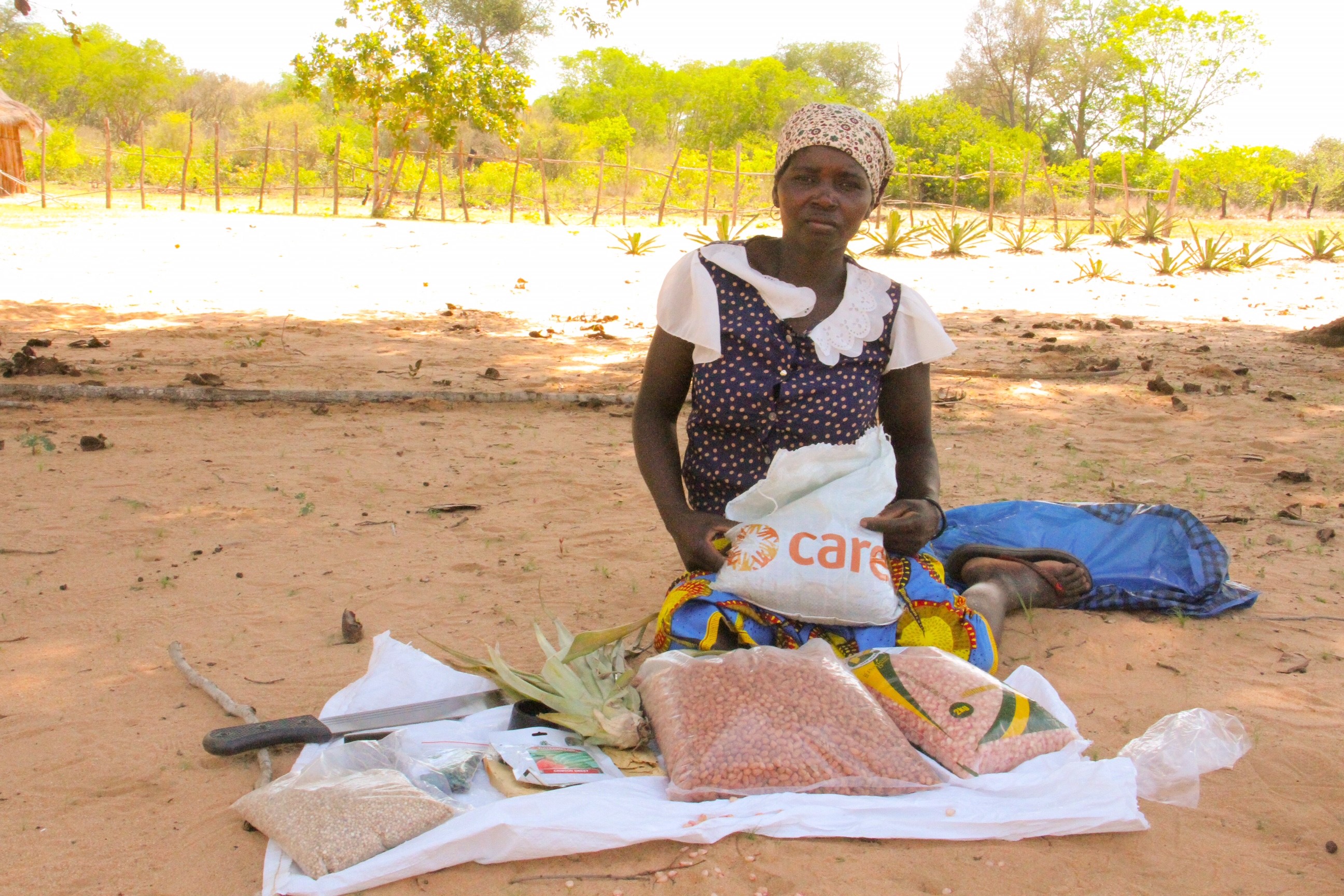 Martha Chiruca, 32, receives seeds and other agricultural inputs from CARE

In Mozambique 1.6 million people currently do not have enough food to eat and are in need of food aid. This number is likely to rise to 1.9 million in the coming months.

As Martha notes; "before the drought, I could cultivate crops and find enough to eat and sell but since then it has been challenging to maintain even the basic needs." She adds: "the biggest challenge has been getting food for me and for my family." Many families are still recovering from the droughts of 2015-16, which was the country's worst in 35 years. The severe food shortage is taking a heavy toll, especially on children under the age of five years, with some 67,500 children already facing acute malnutrition.

41-year-old Elena Reginaldo is a mother of three. She has been a farmer since she was a child and could always harvest enough to feed her family. But with the intense heat of the sun, these days, everything has dried up. "We do not have anything, we are just human beings." She says. "We are not able to prepare a proper meal for our children." Elena relies on farming to feed her children and send them to school since her husband abandoned her. "I am worried and anxious about the drought and lack of food. I cut firewood and sell it so that I can buy food. We have only one meal per day and it is not enough," she explains.

Cupo used to be a fortunate town in terms of agriculture, with fruit trees everywhere and fields covered with crops. But after the misery of the devastating drought, the farmers of Cupo are no longer able to predict when, or if, the rainy season will come anymore.

"When we expect it to rain, it does not rain; and then sometimes we have heavy rains and it turns our farmlands into swamps," says Elena.

Every day, farmers in Mozambique, many of them women, are faced with the challenges of the country's weather extremes. Many of these extremes are the result of climate change. And much more is needed to prioritise climate change adaptation, especially for some of the world's poorest communities. In Mozambique, and elsewhere, CARE is working to anticipate climate-related crises and act early in order to help mitigate the impact of climate change and, ultimately, save lives and livelihoods.