Beira/Harare/Lilongwe, April 12, 2019 - Four months after two deadly cyclones swept through northern Mozambique, the food security situation is increasingly worsening. At least 433,000 families have had their farming land destroyed, robbing them of their main source of food and an income. People have now been forced to rely on food handouts to survive.

As the UN Secretary General visits cyclone affected areas today, aid agencies Save the Children, Oxfam and CARE, working together as COSACA humanitarian consortium since 2007 in collaboration with local and government partners, are calling for further emergency food assistance along with longer term livelihoods support to avert yet another crisis.

Sara Almer Oxfam’s Humanitarian Response Lead in Mozambique said: “The double tragedy and devastation from the cyclones have left millions of people destitute. People have lost their homes and property and are now staring a food crisis in the face. Donors must ensure that sustained food assistance and livelihoods support, particularly for women, is provided for people to rebuild their lives.’’ According to the authorities, the cyclones killed over 650 people and left more than 2.2 million people in urgent need of humanitarian assistance to rebuild their lives. However, the aid effort is only 40 per cent funded, making it difficult for agencies to provide sufficient assistance to those that need it the most. 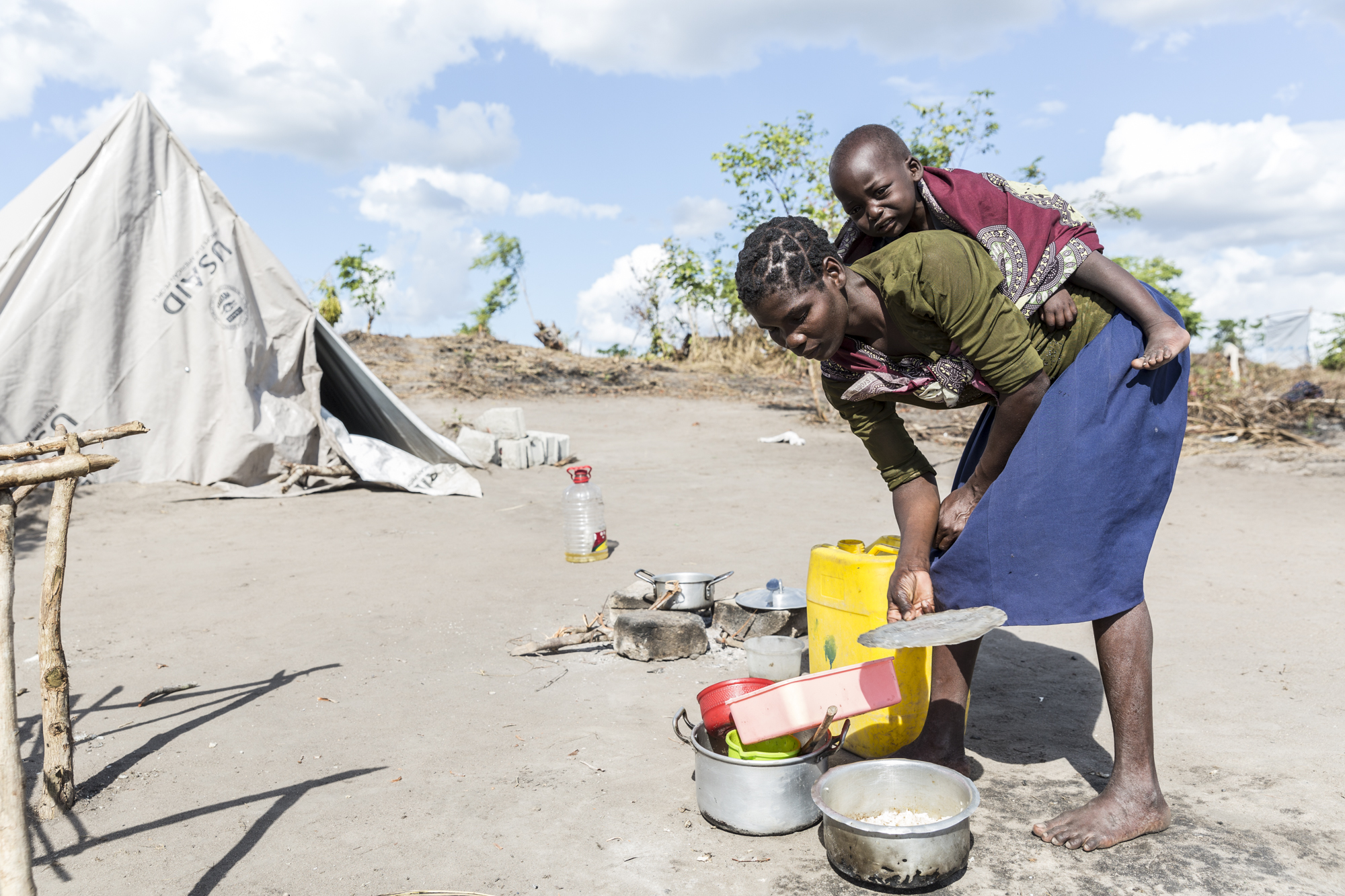 The Secretary General has an opportunity now to ensure that donors make good on their pledges as well as give new money, so that women and girls can re-establish their lives and move out of poverty and children can attend schools.

David Smith Care’s Cyclone Response Lead said: “Women and girls of Mozambique must not be left behind at this crucial juncture, as the response moves into recovery phase. In focus groups with women who were impacted by both cyclones, we have found multiple protection concerns, such as their safety in new resettlement sites, fear of exploitation, increased social tensions, and violence that could stem from the change of gender roles due to the loss or injury of male family members. Humanitarian donors should seize the opportunity to make recovery more inclusive by investing in gender equality, and support efforts against sexual and gender-based violence.”

The cyclones and flooding are also proof that climate change hurts the poorest, the most. Governments – particularly major emitters – have a dual responsibility: to cut emissions fast and help vulnerable people now, including those whose lives have been torn apart by these disasters. The visit of the Secretary General should be a reminder for wealthy countries to close the climate finance gap and meet the $100bn annual target set out in the Paris Agreement.

Gillian Moyes Save the Children’s Response Team Leader said: “In reality the impact of these climate-fuelled shocks is children missing out on school, missing meals and being put at risk of diseases such as cholera. As the Government of Mozambique responds to this crisis, the international community must stand by its pledges and commitments to those most affected by the impacts of disasters super-charged by climate change.”

Oxfam, Save the Children and Care paper, ‘From Cyclone to food crisis: Ensuring the needs of women and girls are prioritised in the Cyclone Idai and Kenneth responses’ is available here.

In response to Cyclones Idai and Kenneth, COSACA humanitarian consortium consisting of Oxfam in Mozambique, Save the Children International and Care International have to date reached over 500,000 people across the following sectors, ensuring the needs of women and girls are prioritised: child protection, education, nutrition and livelihoods, health, shelter and WASH. COSACA response teams are working in collaboration in Sofala, Manica, Tete, Zambezia, and Cabo Delgado provinces.